New Fall: Two Stones, one is a 23g Hammer Stone that struck a house painted with white lime-based paint and some of it is on the fusion crust of this stone. The second is a 26g 1/2 stone from the fall.

Acapulcoites, lodranites, and winonaites are typically known for their triple junctions and well-defined olivine, pyroxene, and feldspar crystals.  The more primitive meteorites from those groups still contain remnant chondrules, but they are all considered to be metamorphic rocks, to varying degrees.

This meteorite *could* be related to those groups chemically and/or isotopically, but it is structurally distinct and appears to be very unusual. The overall color of the cut surface of this meteorite is a mottled off-grey/pale lime-green, with abundant bright green crystals which are 1) extremely difficult to capture with a camera and are
2) likely chromium-rich pyroxenes of some sort.  It contains very little olivine."
Click on any Photo to ENLARGE 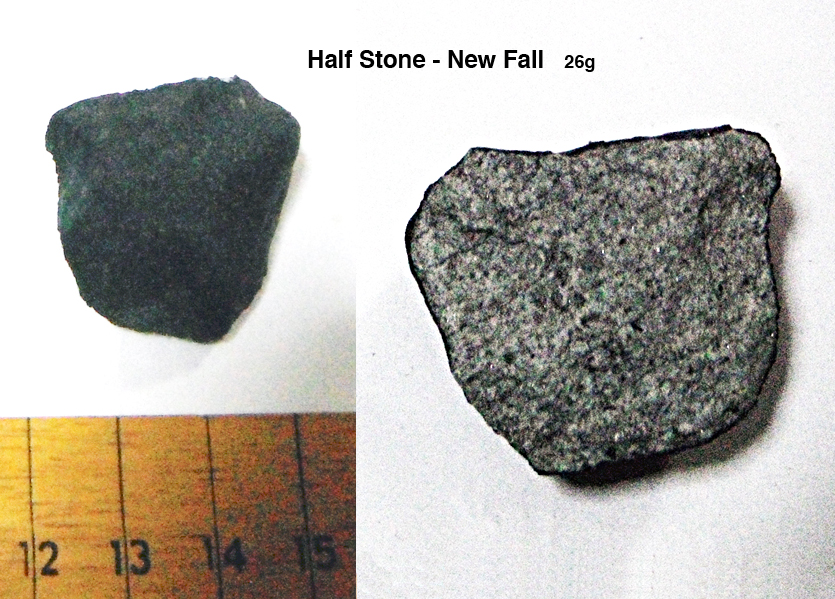 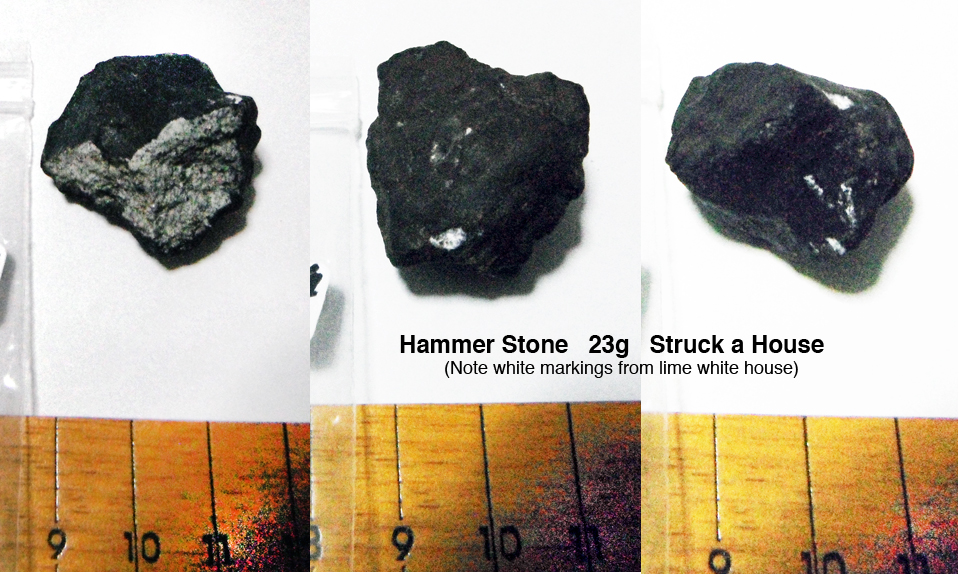 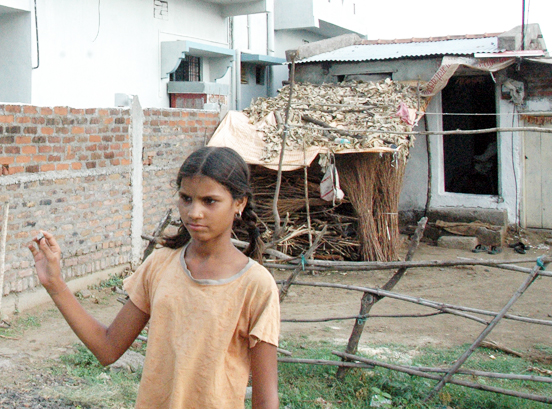 Girl holding the Hammer Stone that struck her home (in background)