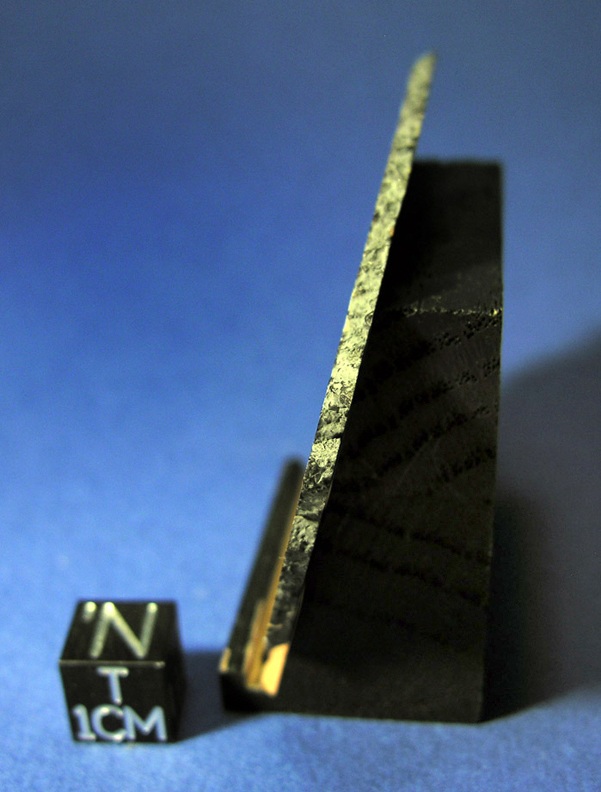 A single 760 gram complete stone was found in 2009 in Morocco.
Only ~300 grams from this mass is publicly available.
A clast-laden vitric breccia consisting of fine-grained mineral debris (pyroxene, olivine, anorthite)
and sparse polycrystalline igneous clasts in a heterogeneous, “swirly” glass matrix.
There is a close similarity in bulk chemical composition between these lunar rocks and
Apollo 16 soils.

This is a meteprote slice of a meteorite with lithography nearly identical to the material returned to earth by the
Appollow 16 Moon mission.
All Appollo 16 material can be owned only by the US government - but this "twin" material is legal to own privately.

NOTE: I have touched the "Moon Rock" (Apollo 16 material) at the Smithsonian - which constantly
has an armed guard next to it, though it is under glass and glued to a massive base -
and I am sure this specimen has a larger surface area than that specimen in the Smithsonian.