Craters of the Earth:
Over 240 extraterrestrial impact sites are now recognized and the number continues to grow.
Without our atmospheric and biological processes the earth would look very similar to the
moon - covered by impact craters. Below are two of the more impressive examples: 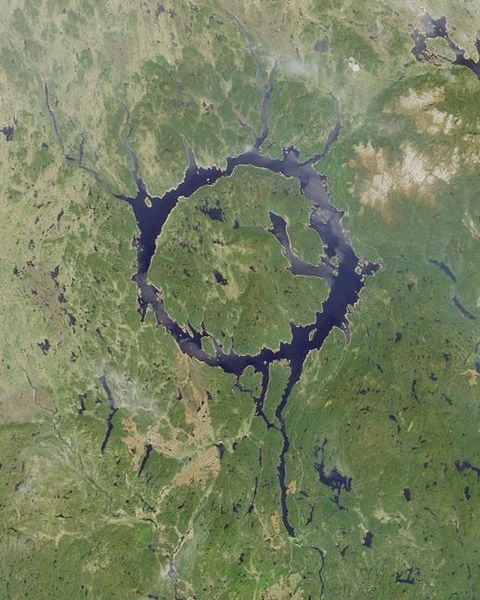 Located in a rugged, heavily timbered area of the Canadian Shield in Quebec Province, Manicouagan
Reservoir is impressive in this low-oblique, west-looking photograph. The reservoir, a large annular
lake, marks the site of an impact crater 100 kilometers (64 mi.) wide. Formed almost 212 million years
ago when a large meteorite hit Earth, the crater has been worn down by many advances and retreats of
glaciers and other processes of erosion. The reservoir is drained at its south end by the Manicouagan
River, which flows from the reservoir and empties into the Saint Lawrence River nearly 483 kilometers
south. *Note*: The tail fin visible on the lower left side of the image belongs to the Space Shuttle
Columbia. It was taken during a 10-day mission in November-December 1983. *Image Credit*: NASA 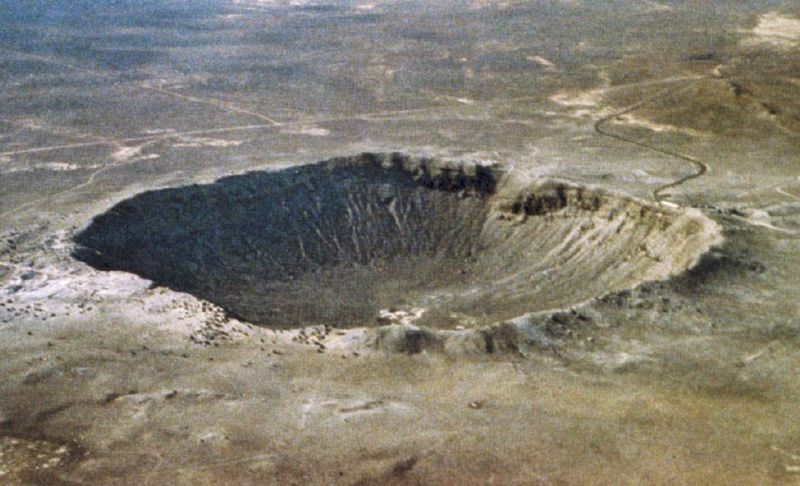 Only about 50,000 years old and .8 mi accross, Arizona Meteor Crator is dwarfed by Manicouagan Reservoir,
above. However, being a far more recent impact crater the atmospheric and biological processes of the earth
make its origin far more obvious.