BAXTER NOTE: Sorry, both specimens SOLD (the larger one in the first 15 minutes)
January 18, 1916
Struck a House
Collected by Nininger for the the American Meteorite Laboratory
See Article Below:
The following two specimens came via a trade Steve Arnold (The meteorite dealer, not "Chicago Steve Arnold") made with Arizona
State University. This is the ONLY Baxter material I am aware of them ever releasing into private hands following the purchase of
2/3rds of the Nininger collection.

.028g = $250- SOLD
This was the only specimen of Baxter I had in my private Hammer Collection until this trade with Steve Arnold. I had tried
to get Baxter for well over a decade with NO luck whatsoever and only received this piee a few years ago when a good friend
of mine (and an avid hammer collector) died and left his hammer collection to me (this is not a sentemental item - he knew I
would be selling or trading any duplicate pieces to upgrade my collection).

The Meteorite which Penetrated a Roof at Baxter, Missouri*

The American Meteorite Laboratory, through the cooperation of Mr. Frank Oay Cross, recently received a
very interesting report to the effect that a meteorite had crashed through a house-roof in Stone County, Missouri,
near Point Lookout. in the year 1916. Naturally the report was doubted for the reason that many similar accounts
which have been received in the past have proved to be either impossible of verification or definitely false.

When the specimen arrived at our Laboratory it proved surprisingly to be a genuine aerolite whose state of preservation
was almost perfect. There was nothing about the specimen that appeared in the lease inconsistent with the date of fall
as reported. However, there still lingered a serious doubt as to whet·her such an event could have escaped the knowledge
of the scientific world since 1916, the year in which the fall was said to have occurred.

In order definitely to settle the question, a representative was dispatched to Point Lookout to investigate. It was not at all
difficult to verify the truth of the report. Mr. J. W. Jackson, who had been a witness to the impact, was interviewed, as was
also Mrs. Frank Jackson, who was in the house at the time of its penetration by the meteorite. The event had been recorded
in the local newspaper at the time and the date of fall was therein given as January 18, 1916.

The following is copied literally from the Stolle Coullty Oracle for January 26. 1916: *The original announcement of this
meteorite was made In a note entitled "The Baxter Meteorite," in Science, 87, 234, 1938. 54 Contributions of the "
About 9 o'clock A.M. on Tuesday the 18th, the citizens here were shocked by a loud noise in the elements which seemed
to begin right over us, Three loud 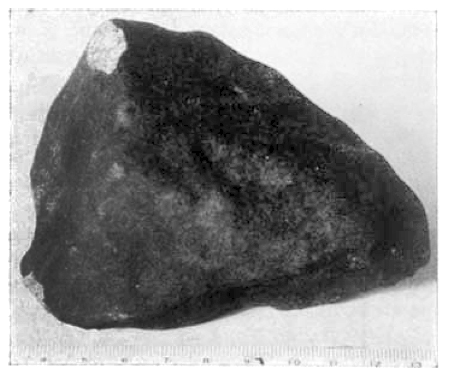 FIGURE 1 THE BAXTER, STONE Co., MISSOURI, AEROLITE iBrustseite view.)
(The scale is numbered in cm.) reports in quick succession resembling blasts or several sticks of dynamite dis- charged.
Then the noise changed to something like someone beating on a large boiler, and it traveled toward the north as it died
away in the distance. Its dura- tion was as much as a minute. Some say they heard it for fifteen minutes. It's 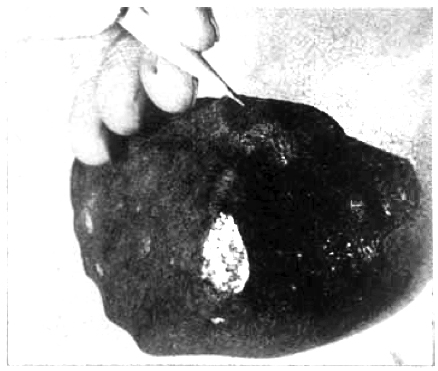 FIGURE 2 THE BAXTER, STONE Co., MISSOURI, AEROLITE (The pencil points to the "nose" of the meteorite.)
got us puzzled. Readers, ten us if you heard it. Someone tell us your opinion of what it was. Some folks here thought it
an airship sailing over, and that it turned loose some dynamite. It was cloudy, but the clouds were thin. It was heard eight
miles south and six miles north, that we know of, and they all ten the same story about the noise and direction. We will be
glad to hear from others in regard to it." ?Society for Research on Meteorites 55 A most significant report was given by
neighbors forty rods to the southwest of the place where the stone struck. Three men who were working in the field said
that they were "showered with gravel" while listening to the noise which attended the fall. This statement accords with the
report received by the writer in connection with the Archie, Missouri, fall of 1932. It is another bit of evidence supporting
a growing conviction that the showering of fine particles in connection with aerolite falls should be regarded as more
important for investigation than the large fragments which are collected. The aerolite, which weighed 611 grams, was
purchased for the Nininger col- lection. Casts were made and a small section was removed from a broken corner, for study.

The specimen appears to be of the ordinary chondritic type with num- erous bright metallic grains embedded in a rather
compact greenish matrix. The fusion crust, which is almost complete over the entire stone, shows faintly an ori- ented
arrangement of flow lines. There is a slight discoloration from oxides of iron, both inside and out, but in the main the crust
and the interior appear to have retained their original color. This has been designated as the Baxter, Missouri, meteorite. A
Meteorite Survey * By H. H. NININGER

Results of a survey, which is being conducted by the American Meteorite Laboratory, emphasize the importance of a quantitative
study of meteorites. Early impressions as to the rate of meteoritic additions to the earth were based upon very inadequate
information. The present plan is to continue this survey to a point where reliable estimates can be made. It is important that
each college and university become a source of information regarding meteorites, particularly in respect to their identity and
scientific value. Three maps are presented [not repro- duced here] showing comparisons between previous meteorite discoveries
and the results of the present survey.

*This paper will be published in full, probably in an early issue of the Scientific Monthly)