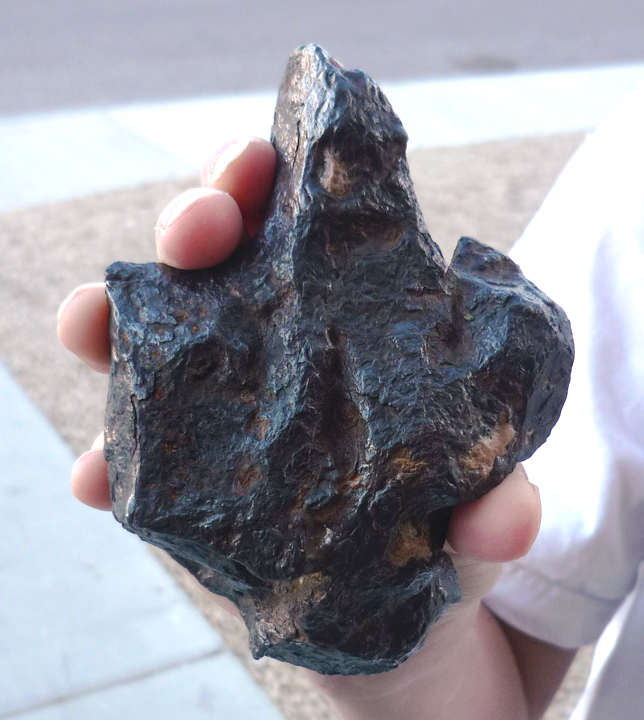 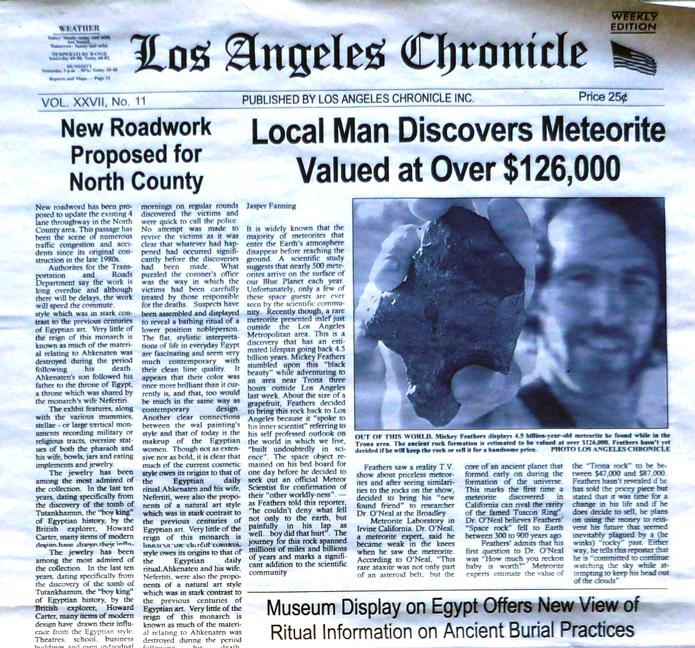 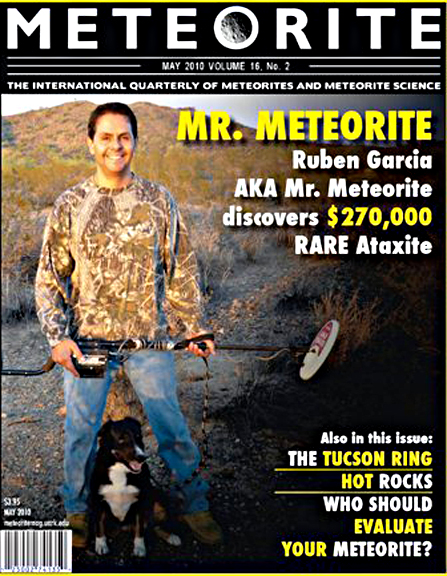 Lot 92 RG 1 Movie Canyon Diablo & Movie Artifacts
This meteorite is unique because it has the distinction of having a starring role
in the upcoming motion picture called “Heaven Strewn”. Heaven Strewn was
filmed on location last year in Hollywood, L.A. and Trona California.

The movie premieres in March 2011.
Included in the auction is a copy of the movie Newspaper (only 1 copy made)
& a Movie version of Meteorite Magazine with Ruben Garcia & his Dog,
“Hopper” on the cover (only 6 were made)- which also appeared in the movie.

The movie revolves around two separate “gangs of thugs”. The meteorite makes
its appearance when one of the members of the Mexican gang inadvertently picks
it up –while in the desert - and throws it through the window of the rival gang’s
vehicle. The rest is history as the meteorite is later identified as a rare ataxite
meteorite worth over $126,000. The L.A. Chronicle newspaper picks up the
story (LA Chronicle is a fictional newspaper made for the movie and is included
in the auction) and runs headlines that read “Local Man Discovers
Meteorite Valued At Over $126,000!” Items submitted together for auction:

1. 1,274 gram Canyon Diablo meteorite used in the movie
2. Meteorite Magazine from the movie (1 of only 6 made)
3. L.A. Chronicle Newspaper from movie (the only one made)

Back to Auction catalog: HERE